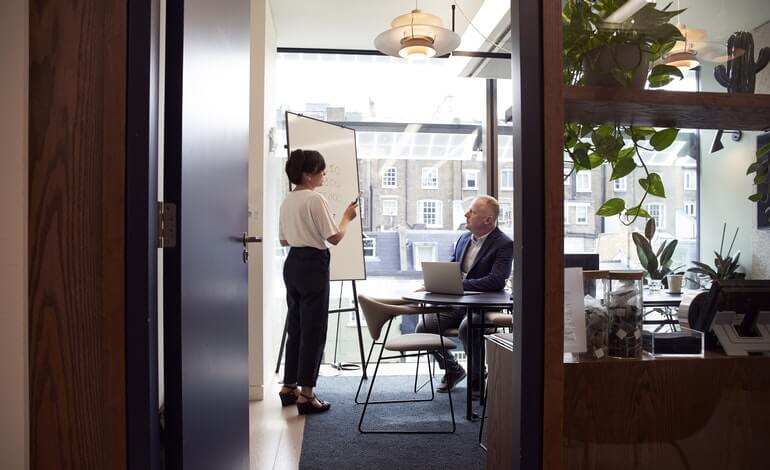 Activision Blizzard issued a statement highlighting significant leadership changes after being sued by the Department of Fair Employment and Housing over its workplace culture. Jen Oneal and Mike Ybarra will co-lead the studio in place of J.Allen Brack, who stepped down as president on August 3.

Oneal, once the head of fellow gaming studio Vicarious Visions (which merged with Blizzard earlier this year), previously held the position of executive vice president at Blizzard. Ybarra was an Xbox executive before joining the studio in 2019.

“Jen and Mike have more than three decades of gaming industry experience between them. Moving forward, they will share responsibilities over game development and company operations.” Blizzard said in the statement.

The company has been in the news for all the wrong reasons recently, so it was becoming apparent that significant internal changes were necessary. On July 21, the California Department of Fair Employment and Housing filed a lawsuit against the company, alleging that its working culture is highly toxic towards female workers. Blizzard disputed the allegations as false descriptions of the company’s past that paints a “distorted, and in many cases false” picture of the company’s past.

Since then, many women have come forward to the press while others posted their accounts of what happened at the company on social media. On July 26, 1,000 current and former employees signed a letter supporting the lawsuit and giving support to their mistreated colleagues. The letter was obtained and published by Bloomberg.

Among other things, the letter said: “We stand with all our friends, teammates, and colleagues, as well as the members of our dedicated community, who have experienced mistreatment or harassment of any kind. We will not be silenced, we will not stand aside, and we will not give up until the company we love is a workplace we can all feel proud to be a part of again. We will be the change.”

Two days later, the employees organized a major strike at the Blizzard office in Irvine, California.

CEO Bobby Kotick said that he is confident the new co-leaders “will ensure that Blizzard provides the welcoming, comfortable, and safe workplace that is essential to foster creativity and inspiration”. In his own words, he will be committed to investigating all complaints about Blizzard’s company culture. Activision Blizzard will also continue improving its Compliance and Employee Relations teams.

“People will be held accountable for their actions,” Kotick added.

Blizzard’s employees have received a lot of support from the general gamer public. Many are getting out of their comfy gaming chairs to show their support more proactively. Some World of Warcraft players even organized campaigns to encourage fans to cancel their WoW subscription on behalf of several charities. Others organized mass sit-in protests in response to the situation.

For a company that has lost nearly 30% of its active player base in the last three years, these allegations could not have come at a worse time. Nevertheless, if the brass makes the right moves and truly steers Blizzard in a new and better direction, it may just benefit both the employees and the company’s dwindling profits in the future.