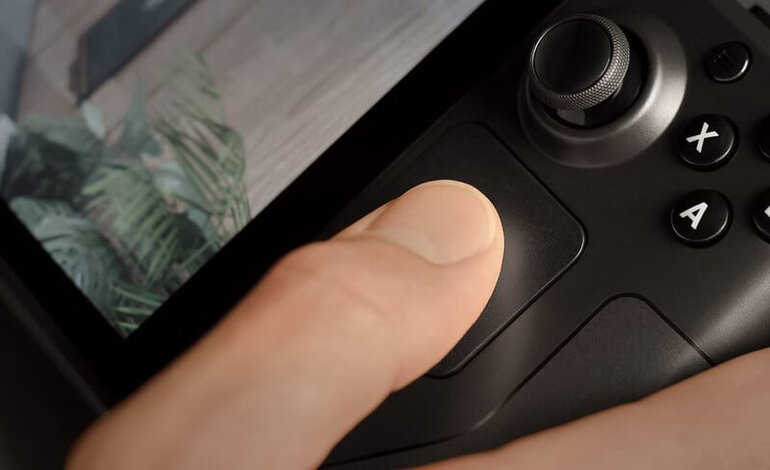 Valve is set to start shipping its new handheld gaming console, Steam Deck, in December of this year. The company already opened reservations on July 16 for three different models.

Valve partnered with AMD in developing hardware for this device, which is powered by AMD APU containing a quad-core Zen 2 CPU with eight threads and RDNA 2 graphics. Furthermore, it has 16 GB of LPDDR5 RAM with multiple storage options that depend on the price. The $399 model has 64 GB eMMC storage, while 256 GB NVMe SSD storage costs $529. The $649 model has a 512 GB NVMe SSD with premium anti-glare etched glass. Valve will allow users to expand the storage capacity by offering a high-speed microSD card slot.

There is no lack of control options on this device. In addition to the two thumbsticks, it has trackpads that are similar to the ones on Steam Controller. Furthermore, it has ABXY buttons, D-pad, two shoulder triggers on each side, and four back buttons on each side. Steam Deck also has a 7-inch touchscreen with 1280x800 max resolution at 720p. The deck also has built-in microphones, speakers, and a gyroscope for motion control.

Steam Deck is powered by an integrated 40Wh battery capable of running lighter 2D games for up to eight hours or 3D games like Portal 2 at 30 FPS for up to six hours.

Valve will also be selling an official dock to prop up the Steam Deck and allow users to plug it into external displays. But the company pointed out that you can use any powered USB-C hub instead, and the dock will be sold separately.

Steam Deck runs on the new version of SteamOS, a Linux-based operating system optimized for the device. The device has the full functionality of a desktop computer, enabling users to plug in a mouse and a keyboard and even browse the internet.

The long list of impressive features is receiving praise from some of Valve’s traditional critics, including Epic Games’ CEO Tim Sweeny, who applauded the company’s approach on Steam Deck.

“Amazing move by Valve! A handheld PC/console hybrid running the SteamOS fork of Arch Linux, and it’s an open platform where users are free to install software or their choosing - including Windows and other stores,” said Sweeney.

The new console, which is essentially a PC packed in a Nintendo Switch-like design, has a competitive price.

"Our view is, if we're doing this right, we're going to be selling these in millions of units, and it's clearly going to be establishing a product category that ourselves and other PC manufacturers are going to be able to participate in. And that's going to have long-term benefits for us. So that's sort of the frame in which we're thinking about this,” said Gabe Newell, Valve’s president.

While waiting for the arrival of Steam Deck, PC gamers can check out the top-performing RTX 2080 Graphic Cards recommended by our team.