Shred the Mountains With This Witcher 3 Snowboard Mod 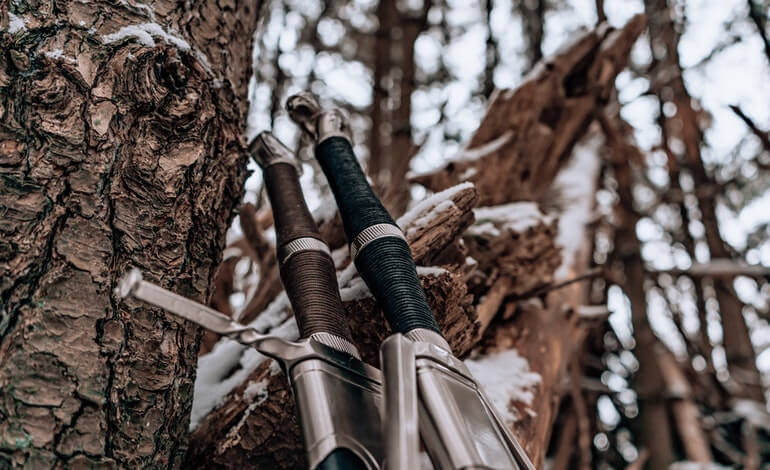 We might not be able to hit the mountains IRL, but the latest mod for The Witcher 3: Wild Hunt brings the fun of snowboarding to our screens. Wild Hunt? More like Radical Hunt!

If you’ve ever wanted to ride the slopes of Skellige’s mountains, modder Feregorn can help you with that. His mod, called Geralt VGX Snowboarder, lets you pack a board and turns the epic RPG into a spiritual successor of the SSX series. Once installed, the mod adds an altar at Kaer Trolde in Skellige where you can pick up your very own snowboard. Equip it and you’ll be able to zoom around the virtual world like Shaun White.

Check it out in this gameplay video:

That looked epic, didn’t it?

The snowboard can be equipped either as boots or a sword, so not only can you shred the slopes, but you’ll also be able to shred some monsters and bandits with it. Or at least bash them over the head with it... As Feregorn said, the mod is inspired by a blooper video released in 2017 by CD Projekt Red, in which Geralt could be seen riding a similar snowboard down the mountain. The physics look quite similar to that old video, too.

If you too want to “shred like Geralt,” head on over to NexusMods and download the mod for free. There you’ll find the instructions on how to install and enable the mod, as well as some recommendations for additional mods to increase the feeling of immersion. Once you hop on a snowboard, there’s no fall damage, so be sure to look for some extra mods that add more mountains to The Witcher 3’s wilderness.

Not a big fan of medieval fantasy? CD Projekt Red has recently, after many delays, published Cyberpunk 2077 to glowing reviews and record sales. The game blew us away and we featured it in our list of the best games of 2020. It might be steeped in controversy, but there really is nothing like it.