2020 Steam Year in Review: The Rapid Rise of PC Gaming 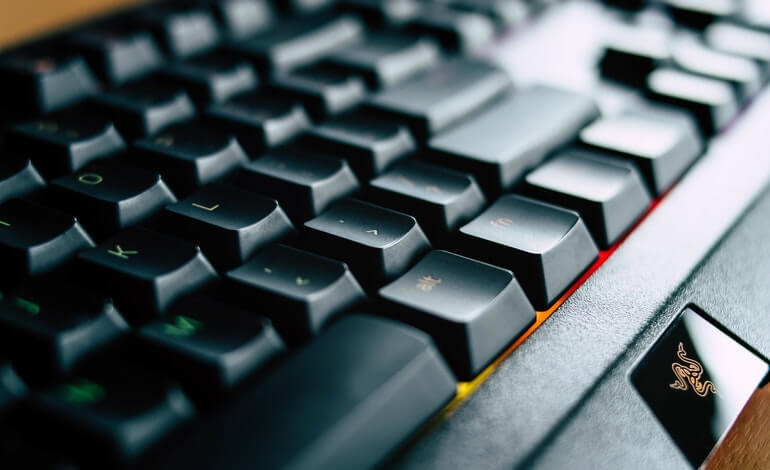 Valve released their annual Steam Year in Review for 2020 report, showing impressive growth in the PC gaming industry’s popularity. This upward trend was evident even before COVID-19 struck, and the 2020 game releases only helped elevate it.

With the COVID-19 lockdown, people stuck at home were forced to migrate a big chunk of their social interactions online. Valve’s report reflects the resulting surge in buying and playing games: The number of first-time buyers has nearly doubled since 2018, with 2.6 million new users buying games each month in 2020. This also amounted to a 21.4% increase in Steam game sales compared to 2019.

The year 2020 also saw Steam reach an all-time high for peak concurrent players - 24.8 million. The trend seems to continue in 2021, with 25.4 million people playing concurrently in January to date.

Monthly and daily active players increased to 120 million and 62.6 million, respectively. People spent a staggering 31.3 billion hours playing games in 2020, an increase of 50.7% compared to the previous year. 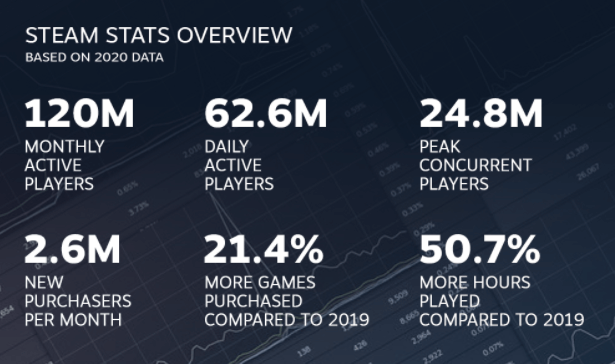 Steam Game Festivals saw bigger turnouts as well, undoubtedly influenced by the lack of live conventions due to the pandemic. After the Spring Edition Festival and 559,000 demo activations, the Summer and Autumn Edition Festivals showcased even more demos (4 million in the summer and 5.1 million in the autumn), interviews, and live streams. The next Steam Game Festival will take place in February 2021.

A whopping 1.7 million gamers decided to try VR for the first time in 2020. VR games on Steam had a 32% sales increase, with 39% of that rise thanks to the Half-Life: Alyx release.

Valve also reported that in 2020, 1.68 billion sessions were played using a controller - a year-over-year increase of 66.6%.

Linux gamers will be delighted to hear that Steam’s Proton platform also progressed in 2020, as game developers conducted early Proton testing in collaboration with Valve. As a result, highly anticipated releases like Horizon: Zero Dawn, Death Stranding, and Cyberpunk 2077 are playable on Linux.

Valve has exciting plans for 2021. We can anticipate Steam China’s launch in early 2021, more rewards in the Steam Points program that are not related to the Steam Community, and further improvements for Linux users.

Shred the Mountains With This Witcher 3 Snowboard Mod
Read more