The Craziest Gaming Gadgets Ever Made 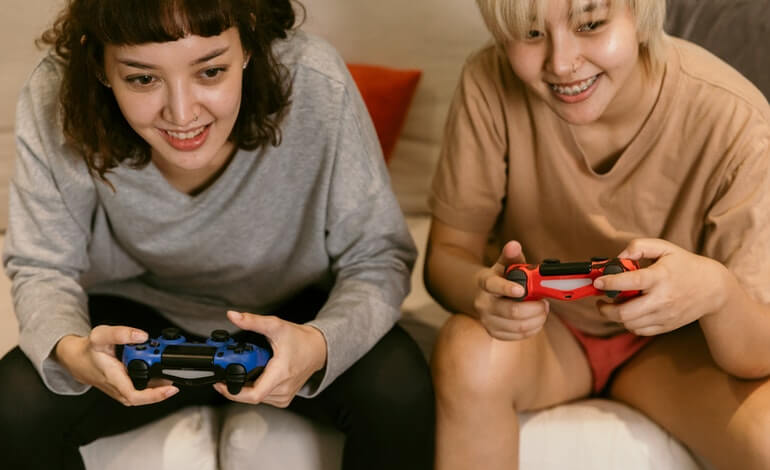 There’s no denying it: Gamers love gadgets. Over the years, we’ve seen our fair share of cool, weird, and just plain crazy accessories companies tried to sell to this demographic. And here are the wildest of the bunch:

This bucket-shaped gaming PC that also houses a tray for keeping your fried chicken warm comes from an April Fools joke gone way too far. KFC partnered with Cooler Master to make a beefy PC that supports 4K resolution, up to 240 fps and is VR-ready. All that power inside heats up the Chicken Chamber and keeps your chicken nuggets hot while you’re busy winning. Sounds crazy? That’s because it is.

What’s cooler than a console that can keep your snacks fresh? A beer-cooler console, of course. Dubbed the “coolest console ever” - pun intended - Bud Light’s BL6 will keep your beers cold and your framerates hot. This six-pack-shaped console comes with a built-in 720p projector and six games installed, including Tekken 7 and SoulCalibur VI. It’s fully wireless, too, so you can take it camping or to your friend’s BBQ.

At a glance, this absolute unit looks like any other gaming PC. Shiny and beefed up, yes, but nothing too out of the ordinary. Look underneath the hood, though, and you’ll find Frankenstein’s monster: Origin made the ultimate all-in-one rig that housed PlayStation 4, Xbox One, Nintendo Switch, and a PC in a single case. Nowadays, however, it’s “just” a high-end PC with one of the consoles of your choice inside, for a hefty price.

If you’ve ever wanted to smell the wilderness of Skyrim, the burning rubber of Need for Speed, or erm, the sweat of fighting games? Well, now you can. OhRoma is a gas mask that lets you smell different scents while you’re playing in VR. While its creator is CamSoda - an adult content company - OhRoma’s range of VR-enhancing smells is not limited to that niche. Needless to say, wearing this will turn quite a few heads.

Do you want to play your favorite clicker games but would do anything, including shelling out cash, to save yourself from impending carpal tunnel syndrome and countless wasted hours? Pegg’s product, dubbed Turbo 7, is an auto-clicker designed to simulate a human finger touching the screen. With it, you can beat idle games as if you’re actively playing. Now, if only you could skip the mobile ads, too.

“The first accessory for the device that doesn’t require accessories.” With a slogan like that, you can expect some wild stuff - and the Kinect Game Boat offered to accompany you to the actual wilderness. DBTech’s Playon Game Boat was a boat for playing the Boat Adventure mini-game in Kinect Adventures. You can hop on it, maybe even take it to the beach. But does it do anything to enhance your gameplay? Not at all.

Ever wanted to make your carpools ever more exciting? How about more dangerous? Bring your Wii Sports along for the ride with the Nintendo Wii car adapter. Even more comical than the premise itself is the way this very short cable operates: It plugs into the car’s lighter for power, but you still need a screen and enough space to play, essentially making it more of a hazard than a fun opportunity.