Gaming Laptop vs. Desktop: Which Is Better?

In this article, we are going to confront a gaming laptop vs. a desktop setup and see what the advantages of each are.

The Cost of a Gaming Laptop vs. Gaming Desktop

Price has always been an issue for gaming laptops. For a long time, they were significantly more expensive than their desktop counterparts. But that has changed in recent years.

You can now find gaming laptops that offer great performance for a reasonable price, especially when you consider how much more expensive individual hardware components for desktop PCs have gotten.

One of the main reasons why gaming laptops are more expensive and often have shorter battery life than the average laptop workstation is because they use high-end and expensive components that consume a lot of power. These include powerful discrete graphics cards, fast processor chips, and large amounts of memory.

But there are also lower-cost gaming laptops that use integrated graphics and less powerful processors. Just remember that mobile versions of GPUs can't handle high-resolution graphics as well as their higher-end laptop and desktop counterparts. They are not ideal for hardcore gamers who want to play the latest games at full details and high resolutions.

Desktop gaming rigs are still the top choice for most gamers, as they usually offer better value in terms of balanced price and performance. However, there are other factors that complicate the gaming desktop vs. laptop price debate.

The unfortunate global shortage of computer chips caused by the COVID-19 pandemic and the disruption of shipping lanes worldwide is slowly normalizing. However, some of the consequences are that modern graphics cards (GPUs) are still selling well above manufacturer recommended prices (MSRP). This has narrowed the gap between high-end gaming laptops and desktop gaming rigs since the former haven’t gone up in price nearly as much.

With other hardware components necessary to build a gaming PC, the cost can really add up to a similar markup. When you also consider that you need to buy a monitor and other peripherals, a gaming desktop PC can easily surpass the price of a gaming laptop.

Bear in mind that laptop versions of GPUs often lag a bit behind their desktop counterparts when it comes to real-world performance due to power consumption constraints. Depending on how power-hungry the card is, the difference can be anywhere from 10% to 60%. 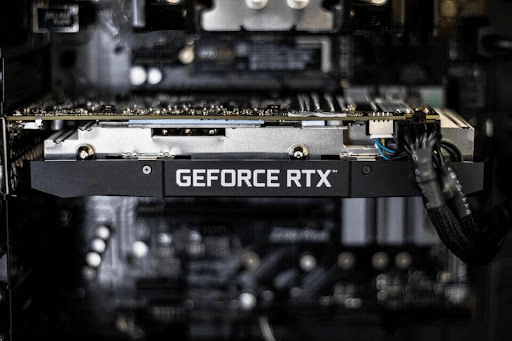 Unfortunately, a custom gaming desktop or a laptop with high-end components will still cost you quite a bit of money at the moment. Only pre-built gaming desktops present a more cost-efficient solution for gamers. Any custom builds will have to rely on finding affordable prices and discounts.

Because of pre-built desktops, we still don’t think laptops are as cost-effective as they should be. This is even more pronounced when you consider how future-proof gaming desktops are because you can easily replace individual components.

Most gaming laptops can only be replaced as a whole unit, which means you need to spend more money when updating the hardware.

Keep in mind that some laptops allow for expanding storage space and RAM, but it's not as convenient to do by yourself, especially if you are not tech-savvy. It’s best to get in touch with professionals, ideally technical support from the company whose laptop you’ve purchased.

Which Are More Powerful, Gaming Laptops or Desktop Computers?

The most important factor for any gamer is the raw power of their components. And when it comes to gaming laptops vs. gaming desktop computers, desktops have always been the clear winner in this department.

In order to fit with the laptop's form factor, an essential component such as a graphics card needs to be designed with space constraints in mind but still have enough power and cooling to work optimally. This can often be a problem for more power-hungry models.

There are fewer limitations for gaming desktop components, meaning that desktop hardware doesn't have to consider power consumption, temperature, and size nearly as much as laptop components do.

This allows for better performance than most gaming laptops, especially for high-end machines with GPUs such as the RTX 3080 or 3090, which draw a lot of system power and would run very hot without robust cooling solutions.

Dealing with heat build-up is important, whether you are using a gaming laptop or desktop. That’s where desktop machines have a clear advantage. 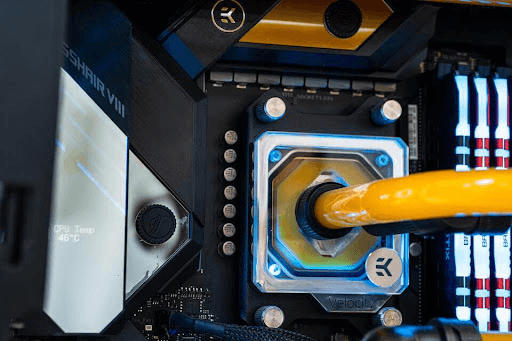 However, if you are aiming for more of a mid or low-end gaming system, these differences are less pronounced. Most laptops in that range have solid gaming performance and optimal cooling because their components are smaller and do not require as much power.

Why are desktops better than laptops for most PC gamers? Upgradability is one of the main reasons. Unlike laptops, you can build your own PC and choose each individual component.

Desktop processors can be replaced with a more powerful option easily. Additional RAM modules can improve multitasking performance. The graphics card can be swapped out for a newer, better-performing model. And storage options can be added or upgraded as well. 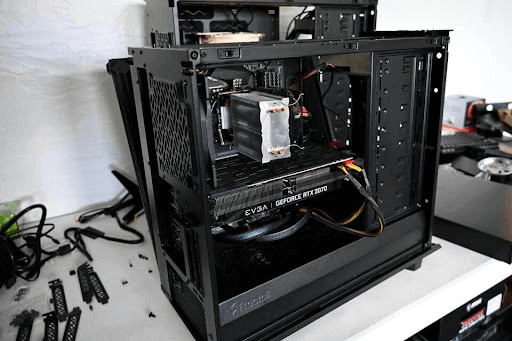 You can also overclock the CPU and GPU in a desktop setup to squeeze out even more performance, which isn’t recommended on a laptop, even if the manufacturer allows it (they often don’t). That said, overclocking any component, regardless of the system, risks voiding the warranty and damaging it beyond repair.

Because of their upgradability, gaming desktops have a much longer lifespan than laptops. They can also be easily repaired and maintained easier, as everything is more accessible and components aren’t hardwired to the motherboard.

The bottom line is that a desktop PC can be easily upgraded and customized to meet your gaming needs now and in the future, whereas a laptop's hardware is mostly set in stone once you purchase it.

As simple as it sounds, perhaps the biggest factor to consider is whether you want a desktop or a laptop. The latter are portable, which can be great if you travel often and would like to take your gaming experience with you.

On average, most gaming laptops have either a 15.6-inch or a 17-inch display. This means that they are highly portable and can fit in most travel bags. Even if they are power-intensive and require a large charger, they are significantly more mobile than desktops. 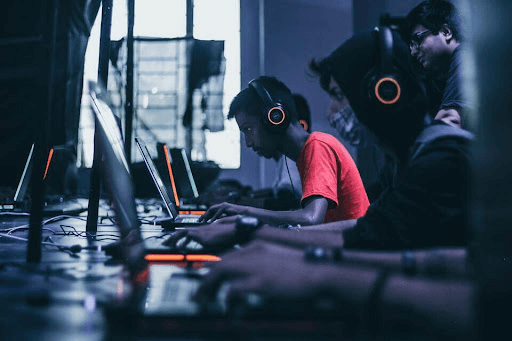 With a desktop computer, you're stuck at home or wherever else you set it up. However, there are some custom solutions where gaming desktops are built with mini ITX cases, presenting a much more lightweight solution. Such gaming PCs are even convenient to take to a LAN party, but you still have to have all the necessary peripherals with you, such as a monitor, keyboard, a mouse, and some headphones.

Conclusion: Are Gaming Desktops the Way To Go?

So, is a gaming laptop better than a gaming PC? The obvious answer is that it depends on multiple factors like your needs, wants, and budget.

If you need the portability of a laptop and are willing to sacrifice gaming performance or upgradability, then go for it. But if you want the best gaming experience possible with the option to upgrade down the line, then a desktop PC is the way to go.

If you rarely upgrade your PC, the laptop vs. desktop gaming dilemma swings a bit more in favor of laptops. That said, advancements in tiny-form ITX cases and lightweight keyboards mean that there are almost laptop-level portable desktops for people who don’t mind sacrificing a bit of performance.

Ultimately, both gaming laptops and desktops have their advantages. It’s up to you to decide which one best fits you as a gamer.

Are gaming laptops as good as desktops?

Yes, they can be. It all depends on the specs of the gaming laptop. A high-end gaming laptop can offer similar performance to a desktop PC. However, most gaming laptops are not as powerful as desktops, and they also lack the ability to upgrade their hardware.

It depends. If you want portability and the ability to play games at high resolutions in one package, then a gaming laptop is better than a gaming console. However, if you need an all-in-one device that is easy to set up and use, and has lots of gaming power, then a console might be the better choice.

Which is cheaper? A gaming laptop or desktop?

Anyone considering a laptop or desktop for gaming will want to save some money if possible.

Typically, a gaming laptop is more expensive than a gaming desktop. This is because laptops are designed to be portable and have all their components integrated into a small form factor.

Desktops, on the other hand, are designed for upgradability and have separate components that can be swapped out as needed.

Any gaming laptop vs. desktop dilemma can be settled by looking at your budget and thinking about what you need most from your gaming rig.

The AMD vs. Intel Showdown: Which Processor Is Superior?
Read more
Leave your comment