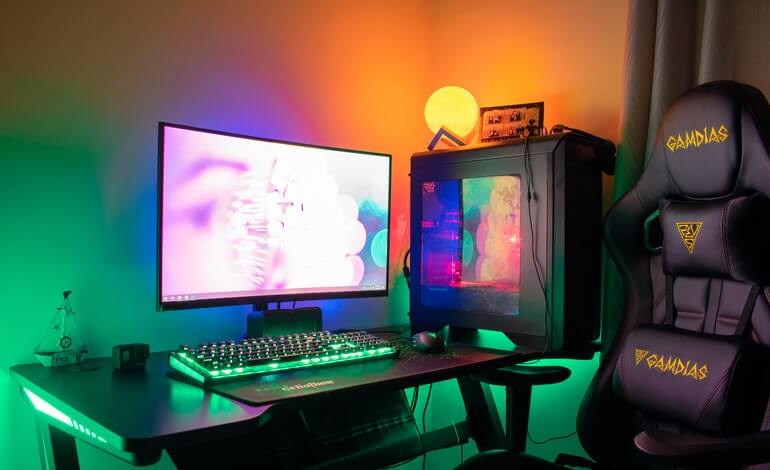 Amazon’s newest multiplayer online role-playing game is officially out for PC. New World was one of the more eagerly awaited MMOs of the year. It’s development process was plagued by dysfunctions and reports of mismanagement that led to repeated delays. And even though the game is now live in all regions, developers acknowledged that “some players are experiencing lengthy queue times” and are promising to address the issues. In an effort to deliver the best possible playing experience, Amazon released the launch patch notes, which show a list of upcoming features and bug fixes.

The most important new feature is the inclusion of a Streamer Mode that allows streamers to disable in-game player interactions and conceal notifications. To activate the streamer mode, players can type in “/busy” or “/dnd” in the chat or click the “Social” tab in Settings. This can be done at any moment during the game.

Other features are focused on Twitch implementation, such as Twitch Sub Army and Twitch Spotlights. They are meant to provide a streamlined experience for webcam streaming. Aside from delivering new options to stream and communicate with followers, New World worked on bug fixes, some of which were showing up since the open beta.

The patch addressed several problems that prevented players from finishing quests. Speaking of quests, bug fixes include better spawn rates for enemy encounters in the story. This will enable more players to complete quests, such as Master Henry, Pastor Walsh, and Ghiest Maliko.

Additionally, PvP problems with character states and some weapons have also been addressed, including the constant exhaust state that was disturbing gameplay during the beta.

The studio also worked on disabling VOIP for the first three hours once players finished creating their characters to stop detrimental voice demeanor. Several gameplay-breaking exploits, such as the War Declaration mechanic, have been fixed. These fixes should provide optimal game enjoyment. We only wish the game was available on smartphones with removable batteries for non-stop playing sessions.