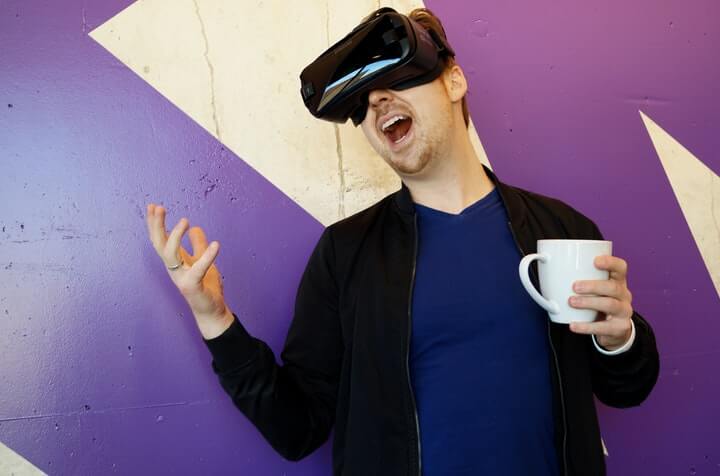 One of the most popular VR headsets is about to become even better with its latest SDK update.

Developers working on VR apps and games can now try out one of the most exciting experimental features: Mixed reality (MR) on the Oculus Quest 2. Titled Passthrough API Experimental, the new developer tool can seamlessly blend the video feed from the headset camera with the virtual world. In its announcement, Oculus detailed several uses for this upgrade, from productivity to gaming.

If you’ve had the chance to use the Oculus Quest 2 headset, you’ll know that the device can only show the outside world in a black and white palette. Although this color constraint will remain due to hardware limitations (thus keeping the headset’s price in check), it also means that the virtual elements will be more prominent when you’re exploring the world in mixed reality. Of course, you can still use both controllers and your own hands to manipulate the mixed reality space, which will lead to some innovative UI uses and even more immersion.

One of the most obvious uses for MR will be in-office. This is something Oculus dubbed as “Infinite office”: Imagine sitting down at your gaming desk, hands on your actual mouse and keyboard, but then multiple screens pop up in front of you, Minority Report-style. You might switch to a fully virtual environment, but still see the physical input devices. Best of all, this won’t raise the hardware requirements, so you might not need that RTX 2080 GPU right away.

You can also play around with rendering modes, add layers in the virtual world, and then style it all to create a unique play space. On the gamer side, we can expect to see some super immersive action games that use your actual furniture as obstacles instead of pre-rendered worlds. Imagine hiding behind your new gaming chair in a horror-adventure game, or using a pillow to deflect enemy fire.

The possibilities and ideas are endless, but we’ll dial down our expectations a bit until the first mixed reality games hit the market. We’re talking about a company that tried to push VR ads on its users.