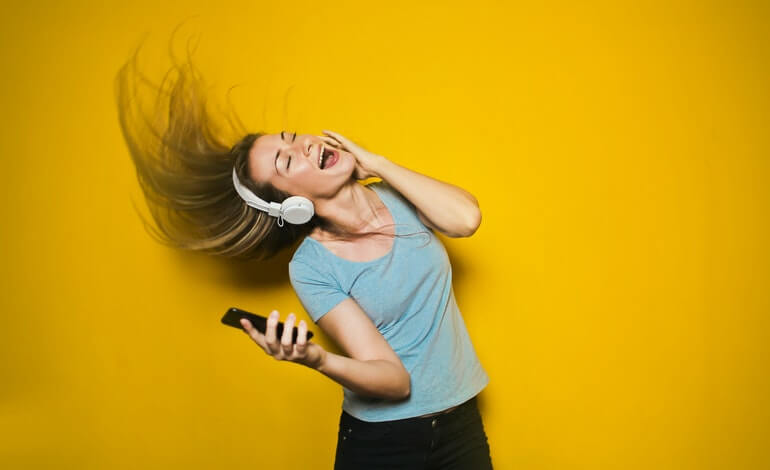 Touting the “Become the Instrument” slogan, Swiss startup Mictic has recently raised $2.5 million for its music AR wearables. Funds have come from PTK Capital and famous musician Moby who pitched in with just under 10% of the total seed round value. Previously, Mictic raised over 29,000 CHF, or more than $30,000, in a successful Kickstarter campaign.

The product Mictic has developed is a pair of wearables that turn your movements into digital signals, which trigger virtual instruments within the Mictic mobile app. These wearables are placed on the user’s wrists and feature sensors that detect movement while the app on your phone is in charge of interpreting the data it gets from the headbands and turning it into musical notes.

It’s important to note that the Mictic mobile app is a music-making creativity tool for beginners and users with no previous music composing skills. It’ll feature 15 ready-made soundscapes and sounds at launch, with various musical genres and styles which should sound remarkable on gaming speakers. Mictic music wearables are set to launch on Nov. 25, 2021, at the price of $119. Preorders are available now, and the company expects to start shipping to customers in a month.

This funding round will allow Mictic - which currently has 10 employees - to expand and hire more professionals. Mershad Javan, the company’s CEO, has stated that Mictic wants to start delivering this product to customers as soon as possible to see how they are reacting to the device and how they interact with it. Will they be using it separately or in combination with other devices, such as high-quality microphones? Once the product reaches buyers, the company will be able to answer this and other questions and start gathering business insights and key data before the next round of funding.

Mictic’s CTO Matthias Frey has expressed the same hopes for the company’s expansion. When the device is out, people will make custom soundscapes effortlessly and possibly even use it as a serious musical instrument.