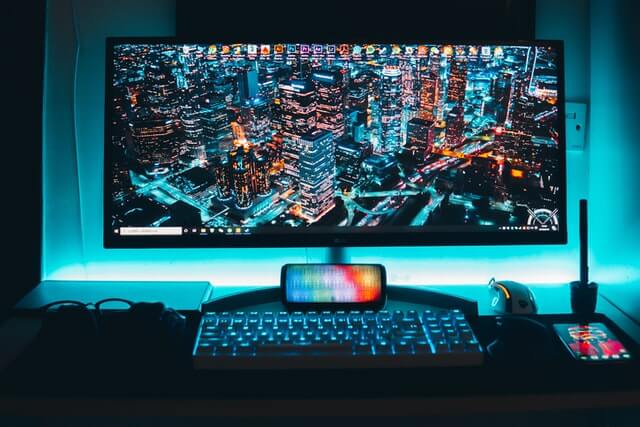 Highly anticipated by many gamers, AMD’s FidelityFX Super Resolution (FSR) was finally launched on June 23. Avid gamers will now be able to play low-resolution games in 4K using AMD’s proprietary algorithm, a much-welcomed update whose performance shouldn’t be affected even in cases of older CPUs.

Fidelity FX Super Resolution is an upscaling technology that converts low-resolution images to 4K in two steps. First, it renders a game in low resolution, improving the performance as fewer pixels are left to handle. From there, it upscales the frame using spatial upscaling, advanced edge reconstruction algorithm, and further sharpening. The result is an astonishing gaming experience in 4K, with a performance matching that of a low-resolution game.

FSR’s solution doesn’t have machine learning like Nvidia DLSS. Although this might seem like a flaw at first, it is the reason FSR can run on a wide range of graphic cards. AMD states the tech was tested on graphics cards from the Radeon RX 400, Radeon RX 500, and Radeon RX Vega series, as well as on AMD Ryzen processors with Radeon graphics and competitor products, such as Nvidia RTX GPUs.

However, while AMD promises that FSR will run on lower-end devices and older CPUs, there are potential bottlenecks everywhere in the system. A CPU of the device could be limiting the number of frames per second (fps) - something that AMD’s FidelityFX Super Resolution is helpless against.

AMD’s FidelityFX Super Resolution currently supports only a handful of games, such as Anno 1800, Evil Genius 2: World Domination, 22 Racing Series, Terminator: Resistance, Godfall, The Riftbreaker, and Kingshunt. However, the game selection is set to expand later this year to include titles like Dota 2, Resident Evil Village, Myst, Edge of Eternity, and Far Cry 6. For now, the available games will at least allow players to test the new technology.