How To Disable the Radeon Overlay

AMD Radeon graphic cards have recently gone through a major overhaul to make them competitive against AMD’s long-standing rival - NVIDIA - and the same is true for AMD Radeon software. The latest versions contain tweaking options on par with those NVIDIA GeForce drivers can offer.

The latest Radeon Software Adrenalin helps you optimize your gaming and streaming experience, make screenshots, and more. However, AMD still has to work on its bloated interface and the disruptions it causes at the worst of times. These issues leave many gamers wondering how to disable the Radeon overlay and stop the annoying prompts that come with it.

Worry not, there’s always a solution: Here’s how to free your gaming experience from overlay notifications and simplify updating AMD drivers while you’re at it.

The Radeon Software Adrenalin 2022 Edition is the latest iteration of Radeon drivers. It includes many additional options for controlling your GPU performance and making the overall gaming experience smoother and more exciting. Unfortunately, this comes at the cost of driver size, as they are getting bigger with every update, and some of the options can inadvertently hamper your gaming.

Even though the AMD in-game overlay was intended to be a powerful improvement tool, it turned into a notorious Radeon eccentricity that will affect your gaming enjoyment sooner or later.

As soon as you start a game, the overlay will open a Radeon Software popup in the corner of your screen, with the now-infamous “Press ALT + R to open” message.

Following the instructions opens the Radeon control panel. Here, you can see basic gaming information, such as the card’s average performance on your latest playthroughs and total playtime. You can also take screenshots and video or check if you have the latest driver update.

Having an AMD overlay hotkey is a great idea, but if you want to focus on gameplay or work, this command is more of a hindrance than a useful shortcut. The main danger stems from the fact that there’s a good chance one of the apps or programs you’re using also employs the “Alt + R” hotkey. For example, the same command starts and ends local recording in the world’s most popular video chat app - Zoom. Imagine trying to record a vital meeting to transcribe later and having the Radeon gaming overlay greet you instead.

To disable the Radeon overlay, you first have to access it. Press the “Alt + R” hotkey, or right-click on your empty desktop until you get the “AMD Radeon Software” option at the top, then click on it. 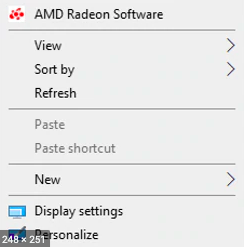 In the Home tab, you’ll see a gear icon that leads to the Settings menu. Here, you will see two stacks of options: You’re looking for the Preferences column on the right. 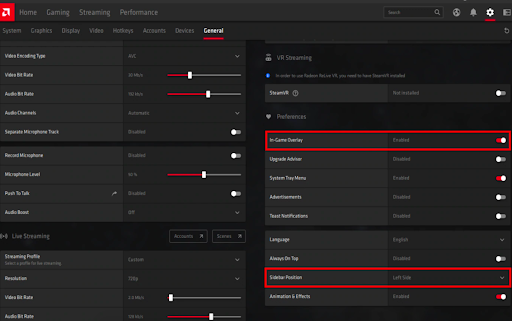 Find the “In-Game Overlay” option and click the switch on the right. Now, if you press the hotkey accidentally or on purpose, it will no longer activate the AMD Radeon overlay or mess with your other programs.

What About Other Hotkeys?

Once you put the primary hotkey to rest, you can choose your favorite controller, but that doesn’t mean you’re done with the overlay. There are still many Radeon keyboard combos that can clash with commands from other programs, so it’s best to disable all hotkeys you won’t need. 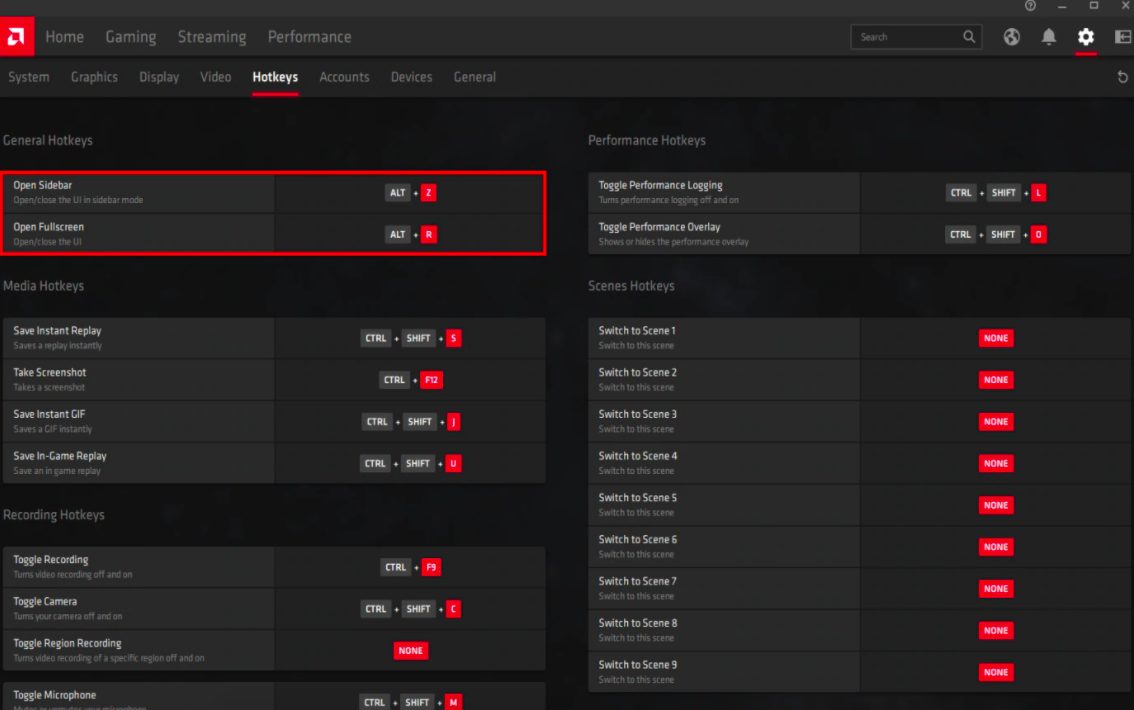 Open the Radeon Software Adrenalin 2020 Edition again the same way you did before, and go to Settings again. To disable any Radeon overlay hotkey, select the Hotkeys tab and delete any combos you want. If the program requests that you insert a new hotkey, pressing the Delete button will disable the shortcut altogether. Repeat the same procedure for any other hotkey you don’t need, and you’ll have the overlay under control.

To restore a shortcut, click on the round arrow next to where it used to be, and it will return to its default binding.

Trouble With the Older Versions

What if you’re using older drivers? How to disable the Radeon overlay, then? The overlay look might be different for users relying on the Radeon Software Adrenalin 2019 Edition, but the process is similar.

Access the overlay as you described previously: When the overlay is up and running, you will find many options, including the Radeon ReLive option. 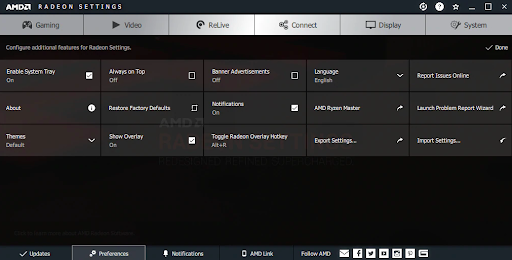 Selecting the Toggle Radeon Overlay Hotkey in the same window will disable the AMD overlay. When it asks you to insert a new keyboard combination, press Delete, and the command will be disabled.

Crisis Averted – Until the Next Edition

AMD drivers offer many helpful tweaks for demanding gamers and streamers, especially now that there’s a strong yet affordable GPU offer from Radeon. Its overlay could be a genuine force for good if the execution didn’t leave so much to be desired.

For example, a fair chunk of the keys from the Windows Game Bar clash with hotkeys that AMD Radeon software uses, so it’s best to turn off the overlay until Radeon fixes these hiccups.

How do I turn on the Radeon overlay?

To turn the overlay on, right-click the empty desktop and select the AMD Radeon Software option, or press the Alt + R hotkey. Select the Settings icon in the upper-right corner of the main overlay window, and switch the In-Game Overlay back on under the Preferences.

How do I stop AMD Radeon software?

To disable Radeon Settings on Win 10, open the Task Scheduler and disable the "StartCN" and "StartDVR" tasks. Please keep in mind that starting the AMD setting on your own will activate all related plug-ins.

How do I disable AMD integrated graphics?

How do I disable Radeon startup programs?

As mentioned earlier in the how to disable the Radeon overlay FAQ Section, you will have to remove Radeon Settings from Win 10. Open the Task Scheduler and disable the "StartCN" and "StartDVR" tasks. Please keep in mind that if you start the AMD Radeon setting on your own, all related plug-ins will be activated immediately.

Samsung vs. iPhone: Which One Should You Get?
Read more

What is ASUS MultiFrame?
Read more
Leave your comment