Connecting Devices to Your TV: The Different Types of TV Connections in Use Today

Want to connect a device to your TV? If so, you should be aware of the various types of connections that exist. You can connect to your television in numerous ways, each with its own advantages and disadvantages.

This article will go over the most common types of TV connections, explain how each one works, and examine which types of TVs support which connections.

There are many different types of TV connectors in use, but let’s start with the elephant in the room: HDMI is the most widely recognized standard these days and the one you will find on just about any TV produced in the last 20 years.

HDMI, which stands for High-Definition Multimedia Interface, was first used for video transmission in 2003. It’s a type of connection that allows for high-quality digital audio and video and is the preferred connection for high-definition televisions and other high-tech devices. 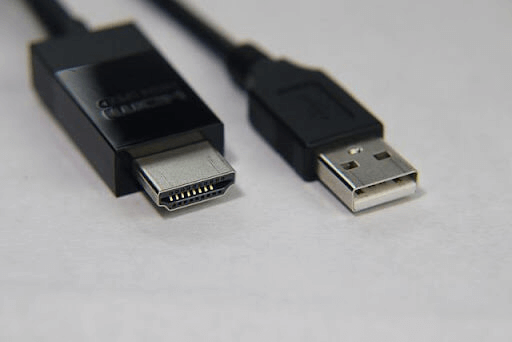 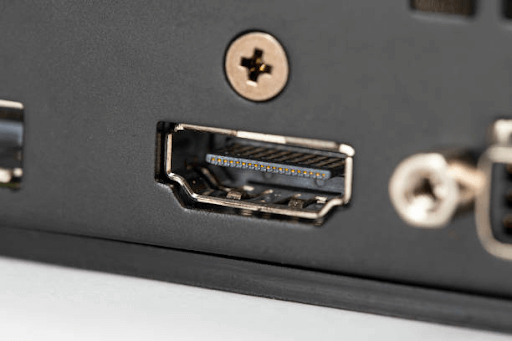 HDMI cables are classified into three types: standard, mini, and micro. Standard HDMI cables are the most common and can be used with a diverse range of devices. Mini and Micro HDMI cables are more compact, making them ideal for portable devices like laptops and smartphones.

All HDMI connections deliver the same high-quality audio and video experience, regardless of the cable type.

DisplayPort is another connection standard worth mentioning for transferring digital video and audio between devices. That said, it’s primarily used on personal computers and is not generally found on television sets unless they were also built to cater to the gamer demographic.

When it comes to component TV input connections, YPbPr is the most common one. The luma and chroma signals are sent over two wires, while the composite signal is sent through one. Another standard component video port you’ll encounter is RGB, which transmits the three primary colors, red, green, and blue, over three wires. 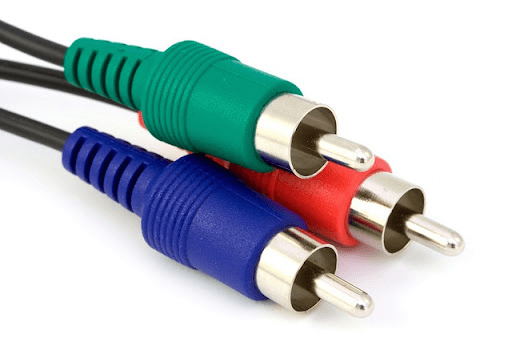 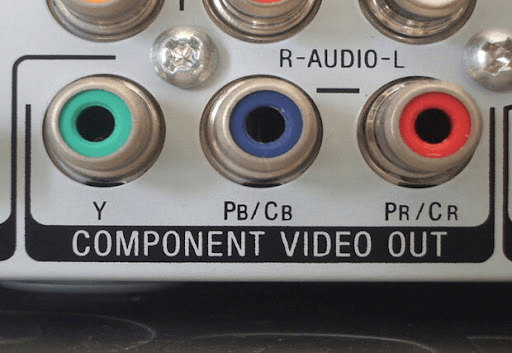 Some televisions have both types of ports, whereas others only have one. Component video ports, which provide a high-quality image, are found in DVD players, Blu-ray players, video game consoles, and some cable and satellite boxes.

If you've ever looked behind a television, you've probably noticed several ports and jacks, one of which is a composite connection on your TV set. But what exactly is a composite video port, and what is it used for?

One of the most popular types of analog television connections is composite video ports, which are typically color-coded yellow and used to connect older devices, like VCRs, to newer TVs. A composite video connection is made up of three components: a label (usually yellow), an audio input (typically red and white), and a ground (usually black or green) 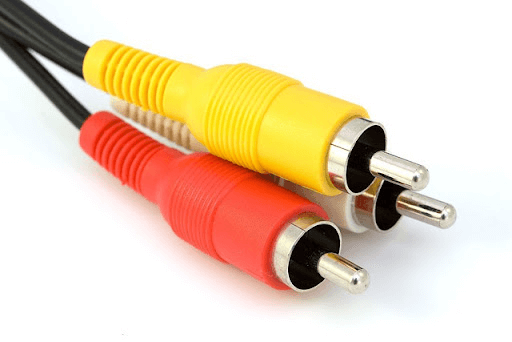 The audio and video signals are combined into a single signal, which is then transmitted to the television. Some other devices, such as game consoles and DVD players, can connect this way.

While composite video ports are still widely used, they are gradually being phased out in favor of newer, more advanced TV connector types such as HDMI. They are still, however, a great way to connect older devices to your TV.

S-Video ports are typically used to connect to older devices, such as VCRs that lack HDMI connectivity. S-Video ports transmit both video and audio signals, so you only need one cable to connect your device to your TV. 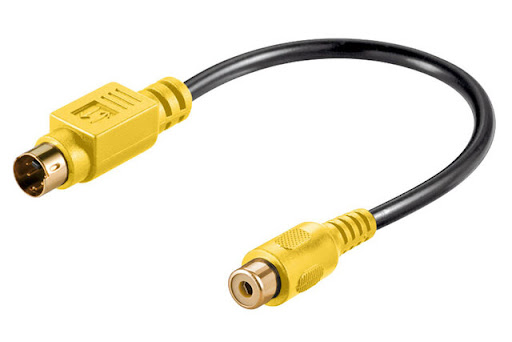 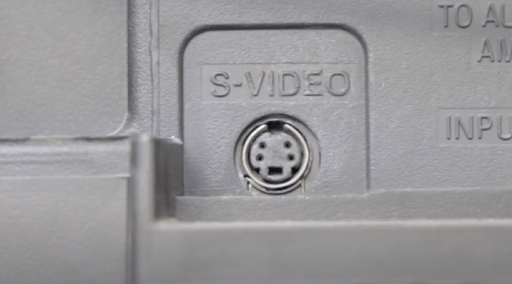 While S-Video ports can provide a good quality picture, they are not as common as HDMI ports these days. As a result, you might find it difficult to track down cables or devices that use this type of connection. On the other hand, an S-Video port can be handy if you're working with some old TV connections or have an older device that you want to connect to your television.

Most people are familiar with DisplayPort and HDMI, but not with DVI, a popular type of monitor connection for desktop and laptop computers. DVI is short for "Digital Visual Interface," and it can carry both digital and analog information. 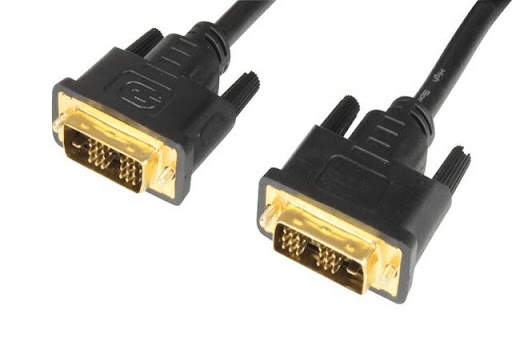 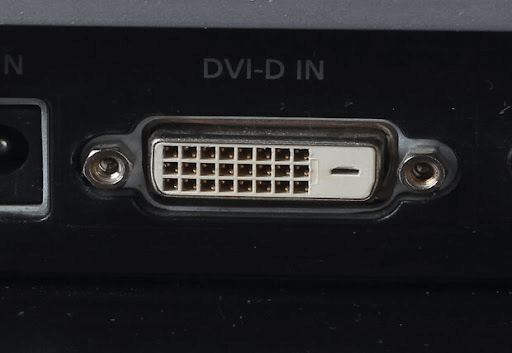 DVI connections are classified into three types: DVI-A, DVI-D, and DVI-I. DVI-A is used primarily for analog signals, whereas DVI-D is mainly for digital signals. DVI-I is a hybrid of the two. Most modern televisions have an HDMI port, but some also have a DVI TV cable port.

DVI used to be very popular on PC for a while, but these days it has been overshadowed by the DisplayPort standard, which offers higher resolutions and refresh rates.

DTV, or digital television, is a type of HDTV that produces images using digital signals. ATV, or analog television, generates images using analog signals. Both types of connections can connect a television to a cable box, satellite box, DVD player, or another video source. 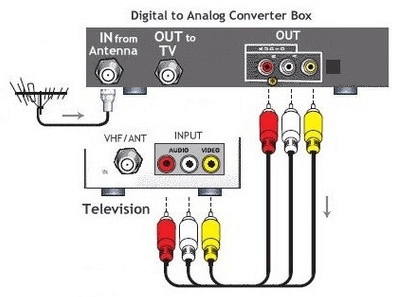 DTV is the preferred HDTV cable connection because it provides a sharper image than ATV. You may need to use an adapter if you have an HDTV and are connecting it to an ATV source. Similarly, if you have an older TV with an ATV connection and want to connect it to a DTV source, you’ll need to use an adapter. Luckily, these are widely available in most electronics stores.

USB ports are typically found on the back of televisions and appear as tiny rectangular openings. Simply insert the device's USB cable into the port to connect it to your TV via a USB port. Once connected, you'll be able to access the device's content using the remote control on your TV. 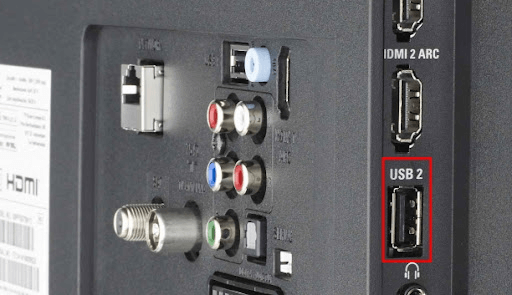 You'll be able to connect storage devices, such as flash drives, camcorders, and external hard drives, to a USB port on your TV. This will let you view photos, videos, and other types of files stored on the device. A USB port can also connect certain types of gaming controllers and keyboards, though you’d likely be plugging into a console or PC rather than the TV.

Televisions have come a long way in recent years. One of the most significant changes is the addition of Ethernet ports, a type of computer network cable used to connect devices to the Internet. When looking at the different types of connections on the back of a TV, this one looks like a phone jack but is slightly wider. 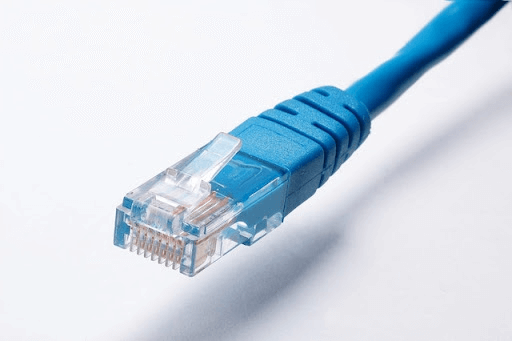 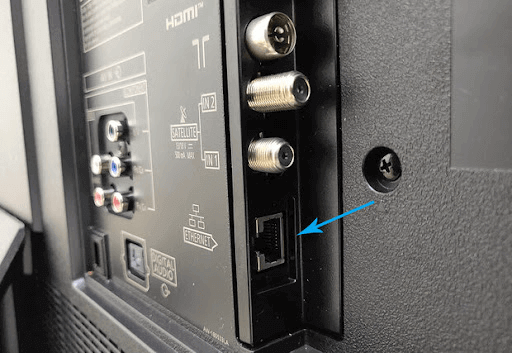 For instance, you can connect your TV to your router using an Ethernet cable. It gives a more reliable and faster connection than wireless networks, making it ideal for video streaming or gaming. Most modern televisions have at least one Ethernet port, while some have multiple ports for greater connection flexibility.

While each jack on a TV serves a specific purpose, you’re not likely to need all of them. You should make a list of devices that require a TV connection to determine which cables are needed for connecting all of your gear to the TV.

What is an AV output on TV?

What are the different TV inputs?

HDMI, component video, composite video, and S-video are some of the most common television connectors, and we'll go over them now:

S-video is similar to composite video. However, instead of a composite TV cable, this method uses separate cables for the chrominance (color) and luminance (black-and-white) signals. This results in slightly better picture quality compared to composite video, but it is not as good as component video or HDMI.

What are DTV and ATV?

Aspect Ratios Explained: Everything You Need to Know
Read more

What is a Streaming Service: A Short KT Guide
Read more