Mono vs Stereo Microphone: Is There Any Difference?

Have you ever wondered what the difference is between a mono and stereo microphone? And why would you want to use one type over the other? If you've never had to record a professional or high-quality video, you've probably never given this subject any thought.

In this article, we'll look at the differences between each microphone type so you can decide which is right for your next video project.

When it comes to recording audio, there are two main types of sound recording: mono and stereo. Stereo recording captures sound from a considerably broader angle than mono recording. This generates a feeling of depth and space that mono cannot replicate. On the other hand, the biggest advantage of mono is that it can capture sounds from distant sources without considerable environmental noise interference.

We need to explain how microphones work at a basic level - especially their polar patterns - before we can compare stereo vs. mono microphones. A microphone's polar pattern is the three-dimensional area around the mic where it is most sensitive to sound. In other words, it's the direction from which the mic picks up sound best. 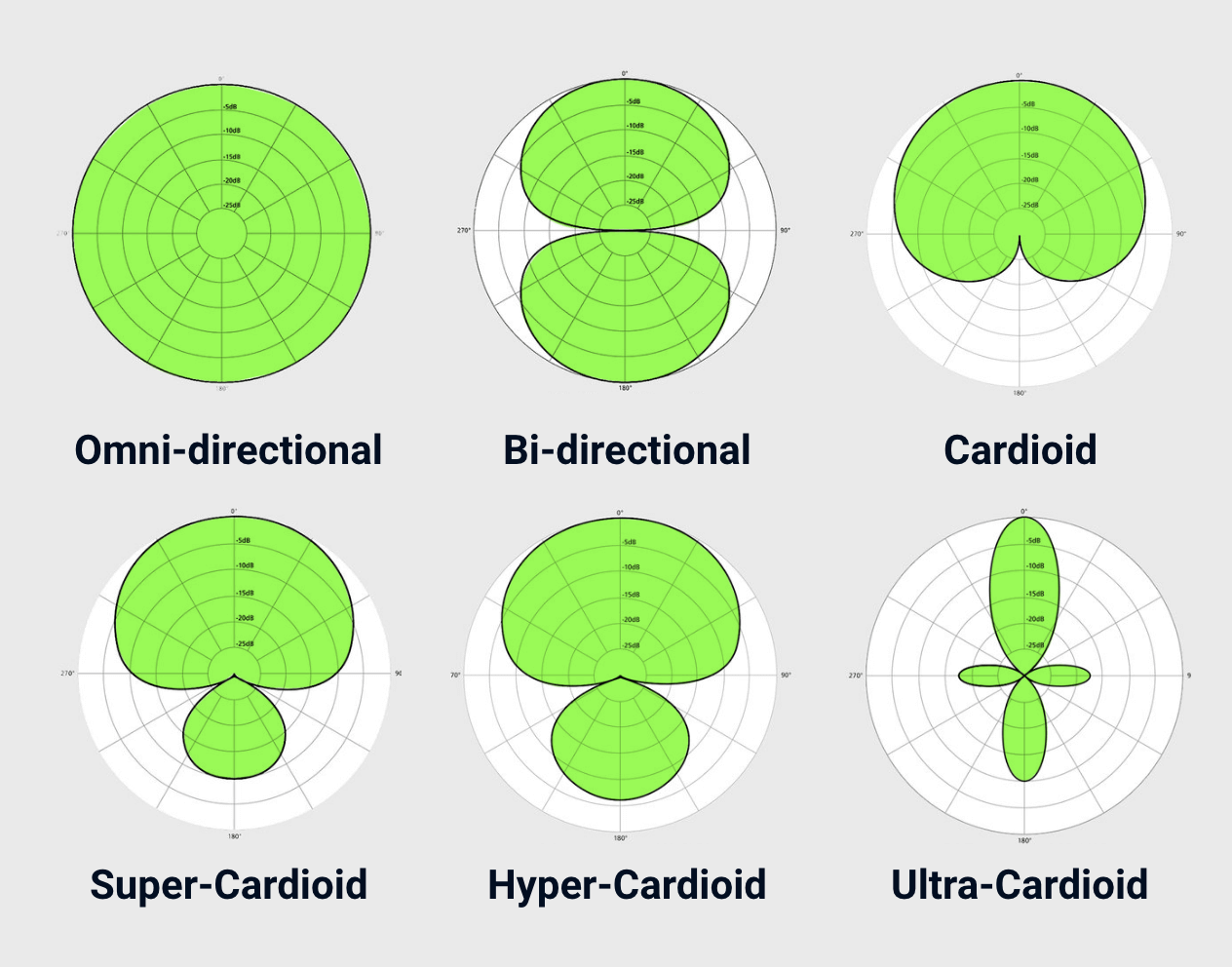 The most popular polar pattern is cardioid. The cardioid polar pattern can be best described as a heart-shaped pattern designed to pick up sound from the front, with lower sensitivity on the sides. It rejects any sound from the back. This is the polar pattern you want if you're looking for a mic for vocals, small outdoor performances, or anything stationary.

If you're looking for a mic to use for instrument recording or when you want to record natural sounds from a safe distance, this is a good pick.

A hyper-cardioid mic is even more focused than a super-cardioid mic. It has an even narrower pickup pattern but a slightly bigger rear lobe of sensitivity. It’s good for studio recording or an improvised stage at your local pub. It’s also often used in the TV industry.

You should be aware that all focused microphones are also known as directional microphones. This information constitutes one of the primary differences between mono and stereo microphones, but we'll get to that shortly.

An ultra-cardioid mic is the most focused of all the cardioid mics. It’s also known as a shotgun microphone. It has an extremely narrow pickup pattern, which makes it ideal for recording a single source in a boisterous environment. It also has a small side and a larger rear lobe pattern that you must consider when using it. It’s mostly used in the film industry or anytime you need to single out an individual sound in a noisy environment.

Omnidirectional microphones have a spherical polar pattern and are, therefore, sensitive to sound from all directions. Their use isn't as specialized as that of most directional pattern microphones.

Their use is highly situational; after all, how frequently do you need to capture sound across the whole room? This kind of mic could be great for recording ambient sounds in nature, running conference calls, or capturing all the sounds in a room.

A bidirectional or figure eight mic picks up sound from the front and back, while rejecting sound from the sides. One example where a bidirectional microphone would come in handy is during an interview with two people. You could position the mic between them and it would pick up both voices equally.

Now that we've covered all there is to know about polar patterns, let's move on to look at what mono and stereo microphones are.

What Is a Mono Microphone?

A mono microphone, often known as a directional microphone, is a single capsule microphone that captures sounds in just one channel. In most cases, the microphone is positioned at the rear end of a barrel, surrounded by cancellation vents that give it a cardioid polar pattern. 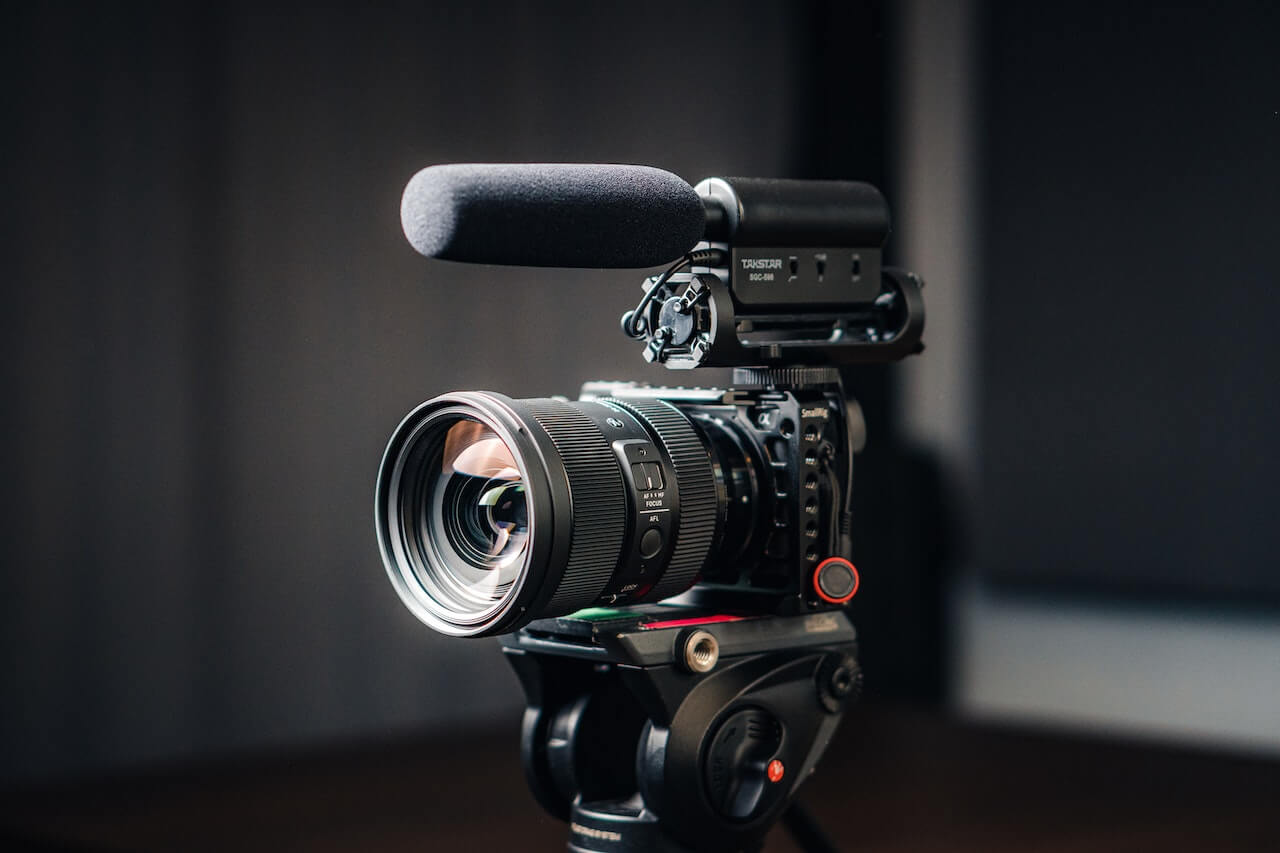 Such a polar pattern allows for better directional sound recording, with little to no sound being picked up from the sides and the rear. This makes it excellent for interviews, but not so much for a live concert recording. You may think a mono microphone is only helpful in very specific situations, but has significantly more uses than you might expect.

To begin with, even the best gaming microphones are mono by design. They only need to record you speaking without any interference from your surroundings.

Condenser microphones, the tool of choice for any professional streamer, are also mono. Their ability to record a broad range of frequencies makes them ideal for recording subtle sounds like a vocalist's voice or ASMR. Whether it's a true condenser or an electret condenser microphone doesn’t make a difference.

What Is a Stereo Microphone? 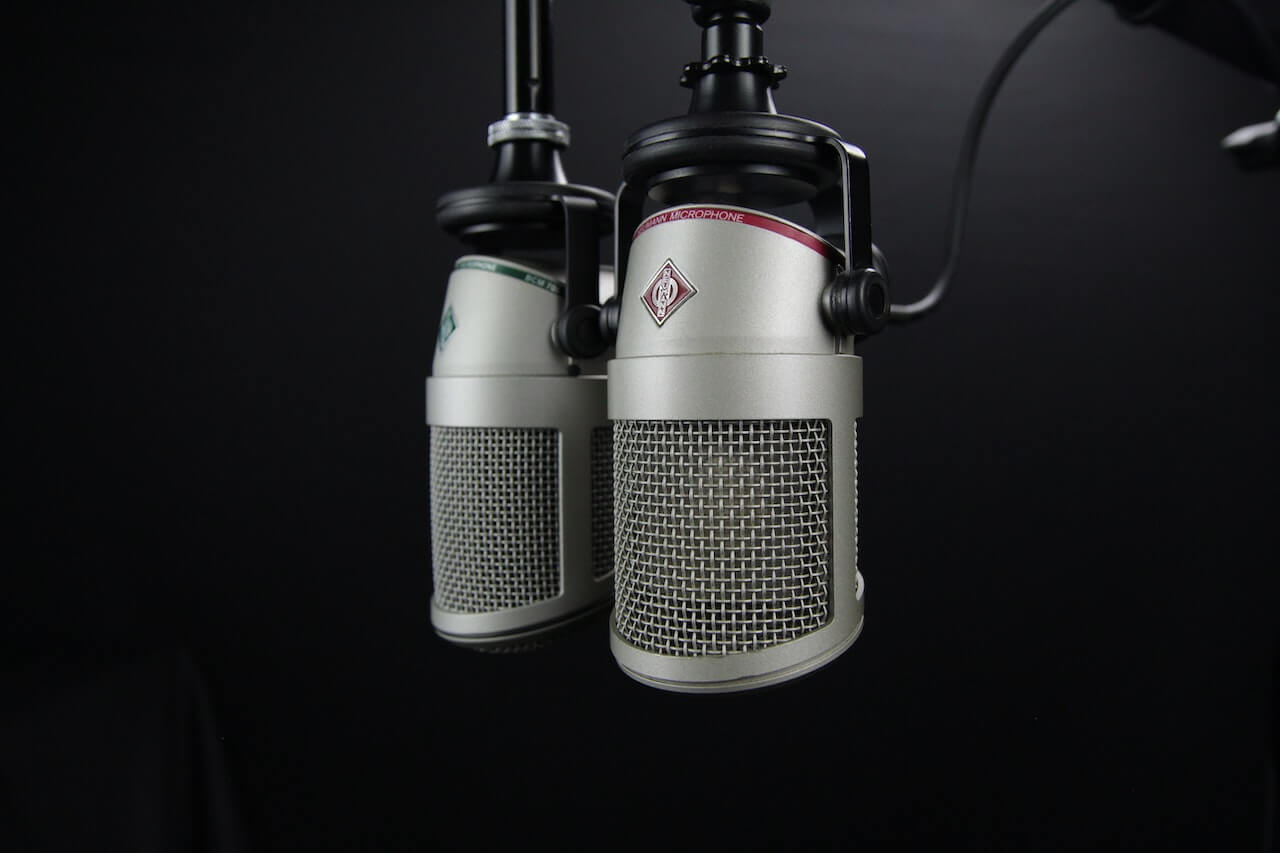 Is this stereo now? Not really, but close.

You can’t just take any two microphones and place them next to each other and record. There are different stereo recording techniques, with middle-side (MS), Blumlein, and X/Y being the most common.

The X/Y technique involves two directional microphones placed at a 90°-135° angle to each other and as close to each other as possible without touching, allowing them to capture sound from a relatively wide area while still maintaining directional properties.

The Blumlein technique is similar to the MS technique, but uses two bidirectional microphones set at the right angle. Both microphones are angled 45° off-axis from the sound source, with the rear ends capturing acoustic reflections. This result is a more detailed and comprehensive recording, which can be further enhanced in postprocessing.

What Is the Difference Between Mono and Stereo Microphones?

So, which one should you use? It will depend on your project and the budget. If you can afford and need it, go for a stereo microphone. In most cases, however, the mono microphone will do just fine. A stereo microphone is not required to record your cousin's wedding, but if you plan to build a recording studio, you might consider buying one.

Is it better to record vocals in mono or stereo?

Should my mic be mono or stereo?

The answer will depend on what you intend to record. If you need a gaming headset, you’re fine with a mono microphone, but if you want to record forest ambient sounds at night, you should use a stereo microphone. Check out our mono vs stereo microphone guide above for the full story.

Is stereo or mono better?

Stereo sound will always trump any mono recording. Listening to it gives you a more satisfying and fuller auditory experience. Even the best low-grade Bluetooth speakers will allow you to distinguish stereo sound from mono played on the finest wireless outdoor speakers.

What does a stereo mic do?

A stereo mic allows you to record on two channels instead of one, resulting in a more natural and realistic recording.

The Quick Guide on How To Record a Podcast
Read more

What Does a Pop Filter Do, and Do You Need One?
Read more
Leave your comment